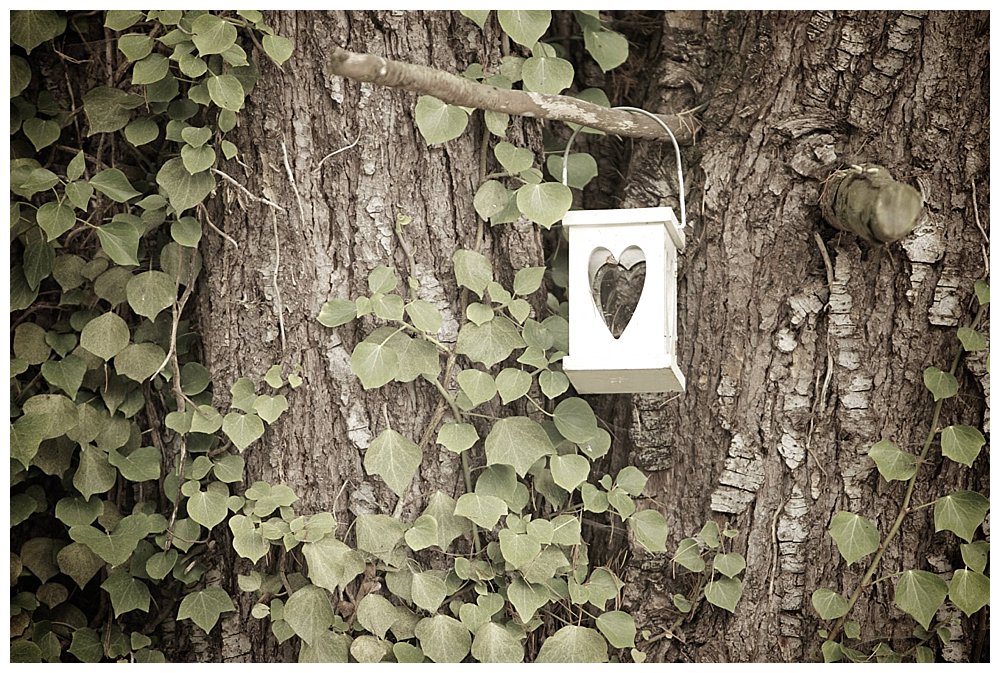 A lot of effort goes into organizing a wedding. So many things to be considered and accounted for. The process becomes potentially much more difficult when you’re making the arrangements from another country! For Claire & Daniel however, the result was definitely greater than the sum of its parts. 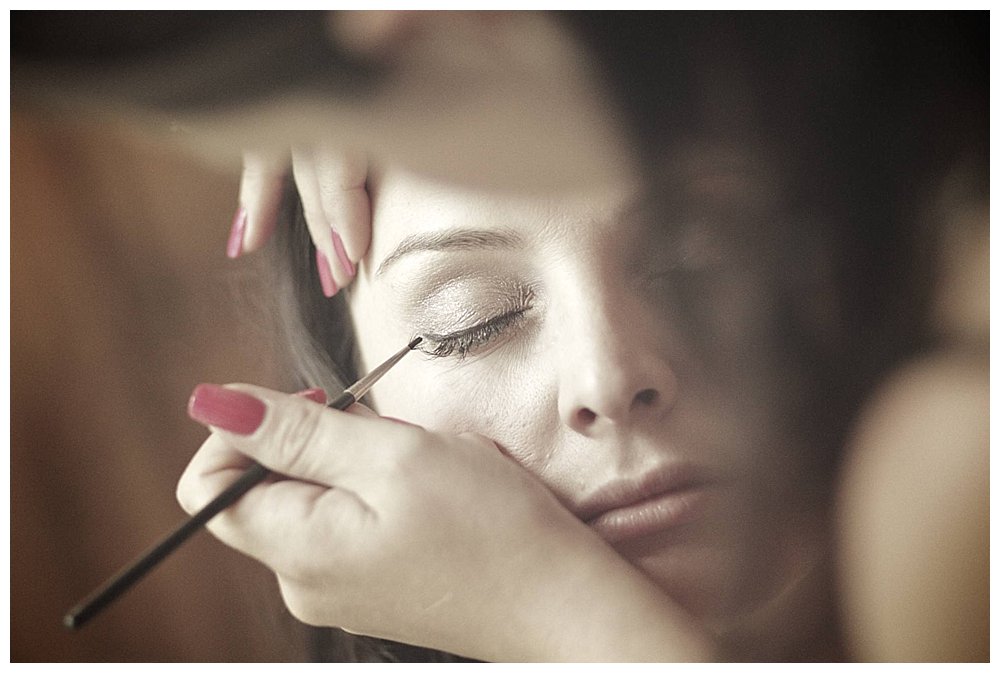 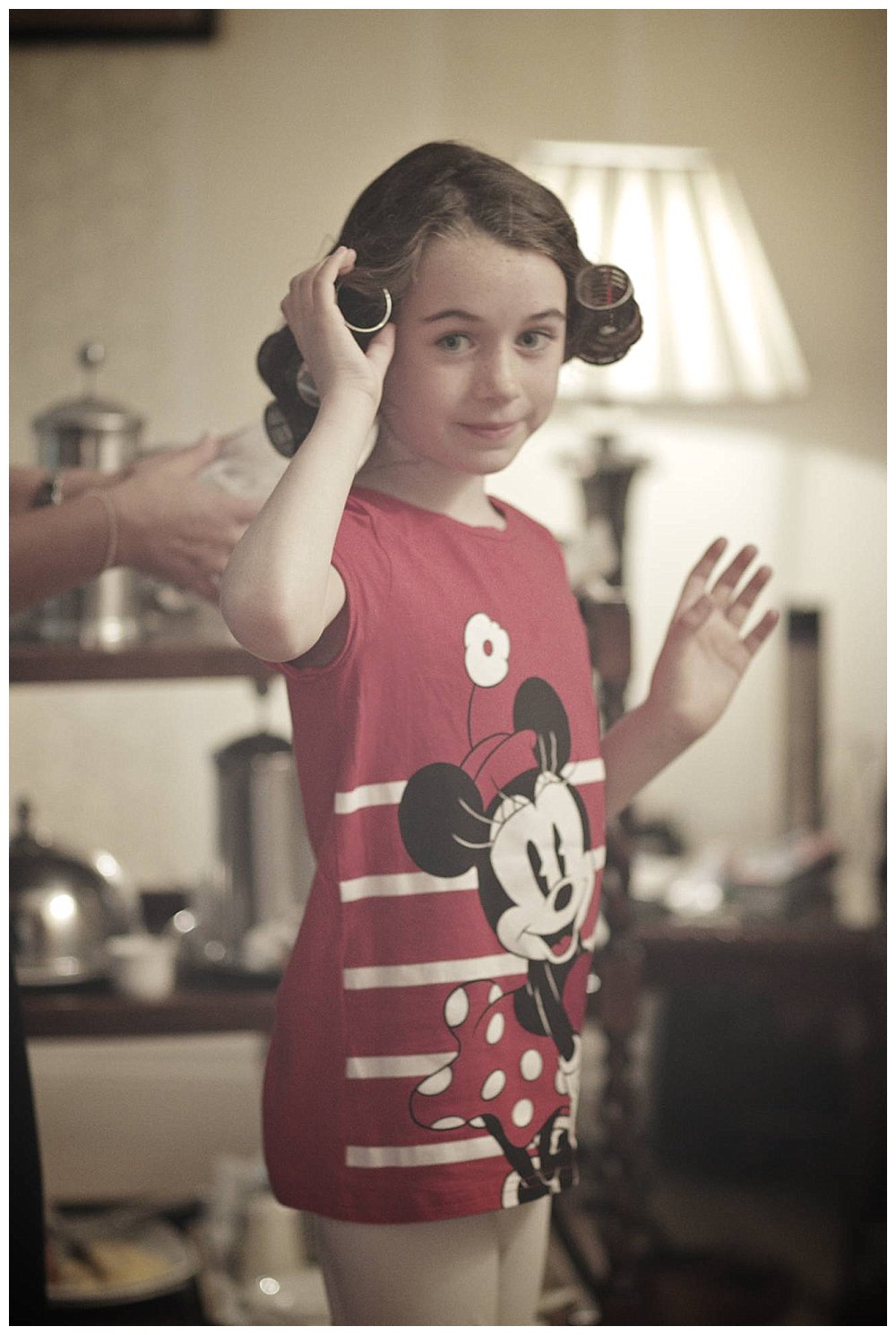 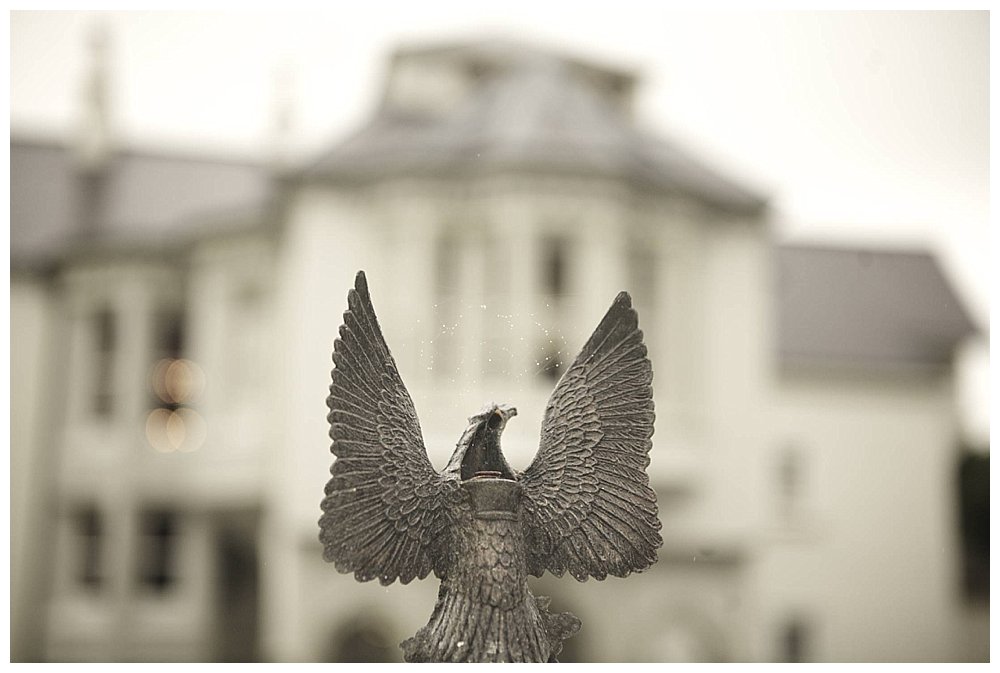 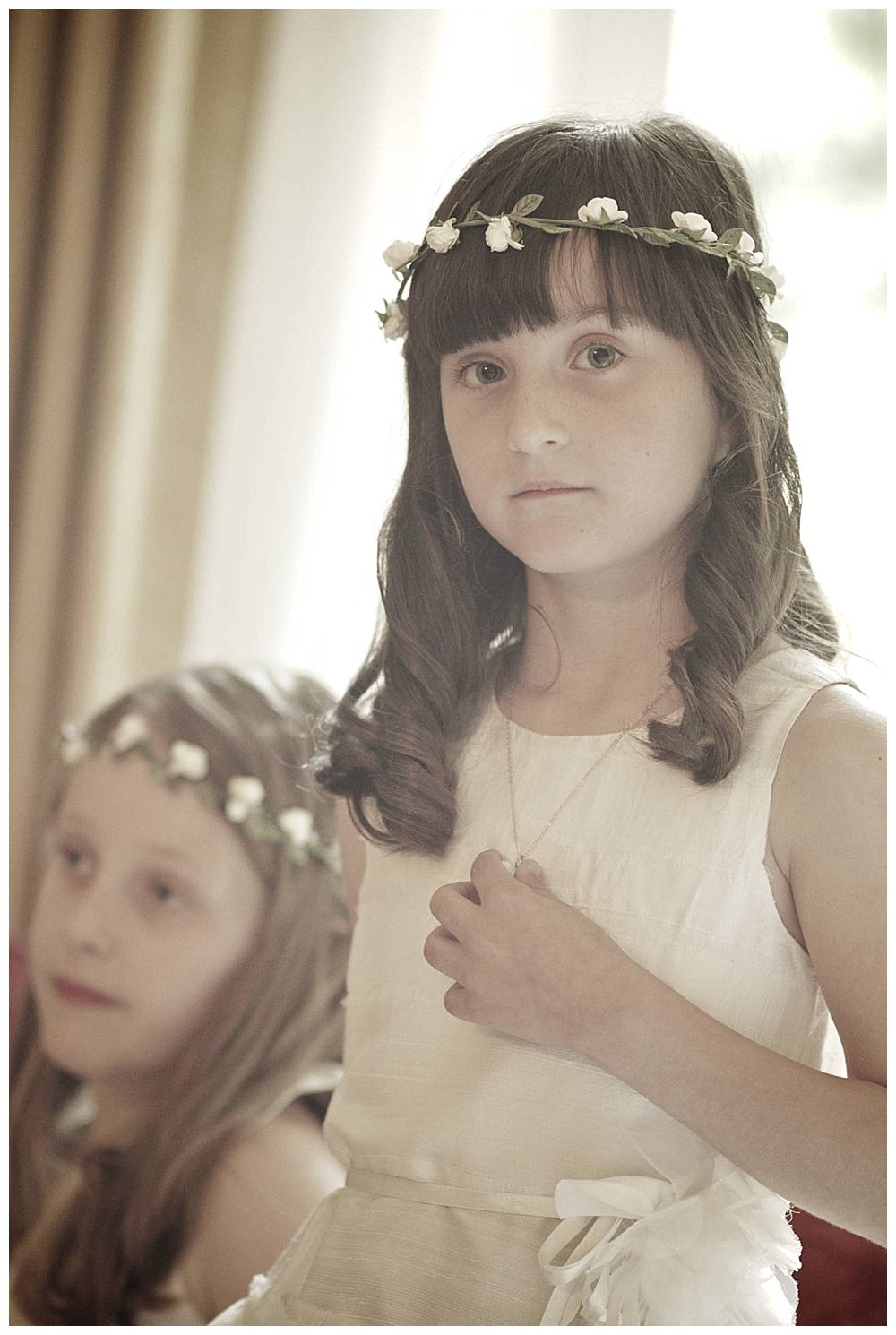 In the later part of the Summer, at The Beech Hill Country House Hotel and at St Mary’s in Ardmore, Claire and Daniel brought together their families, friends and a host of details for a truly memorable day.

The flowers came from “Bloomin’ Marvellous”  in Buncrana, and it would be hard to imagine how they could have been more appropriate to the occasion and the setting.

Is there a collective noun for Flowergirls? A flock maybe? Here they’re  supervising Claire as she writes a card for Daniel. Hair & Makeup were by Ash Hair & Beauty in Ardmore 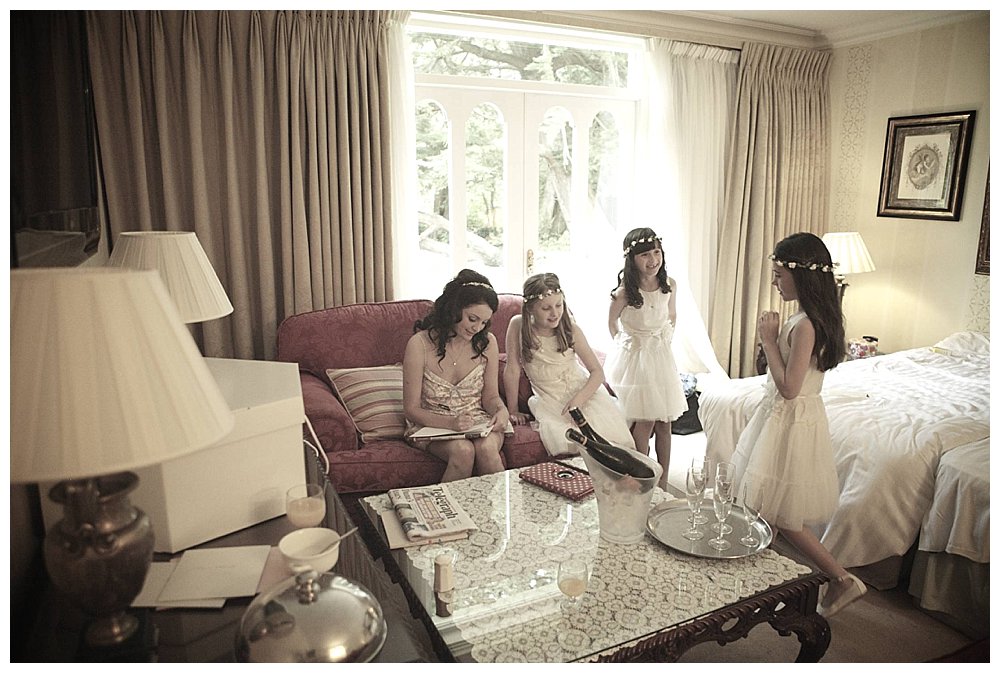 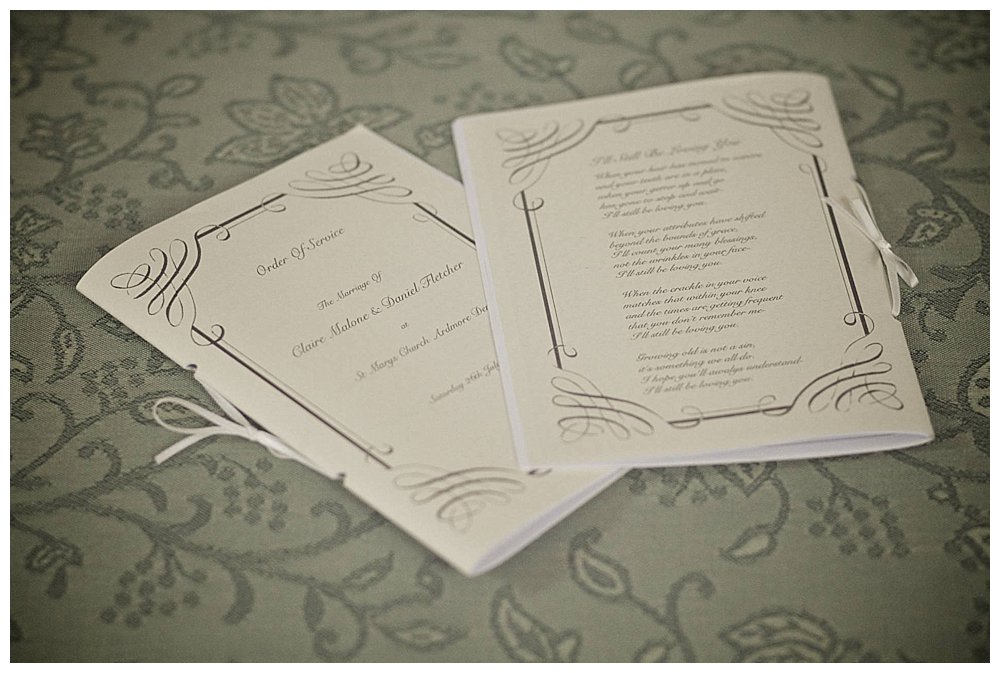 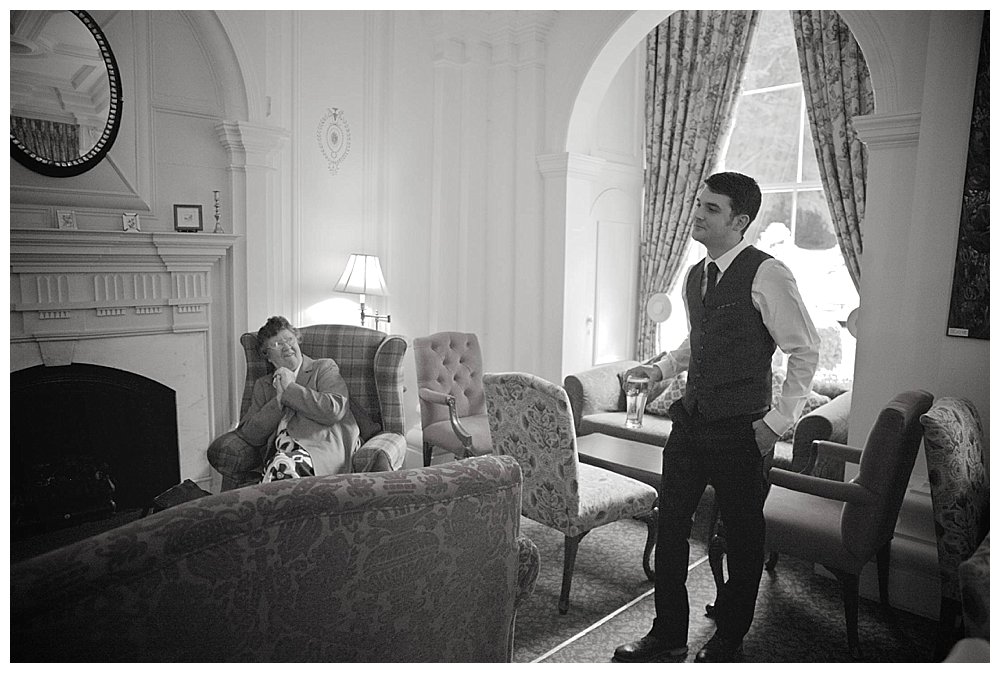 No nerves here. Not yet, anyway. Deep breath, Daniel! 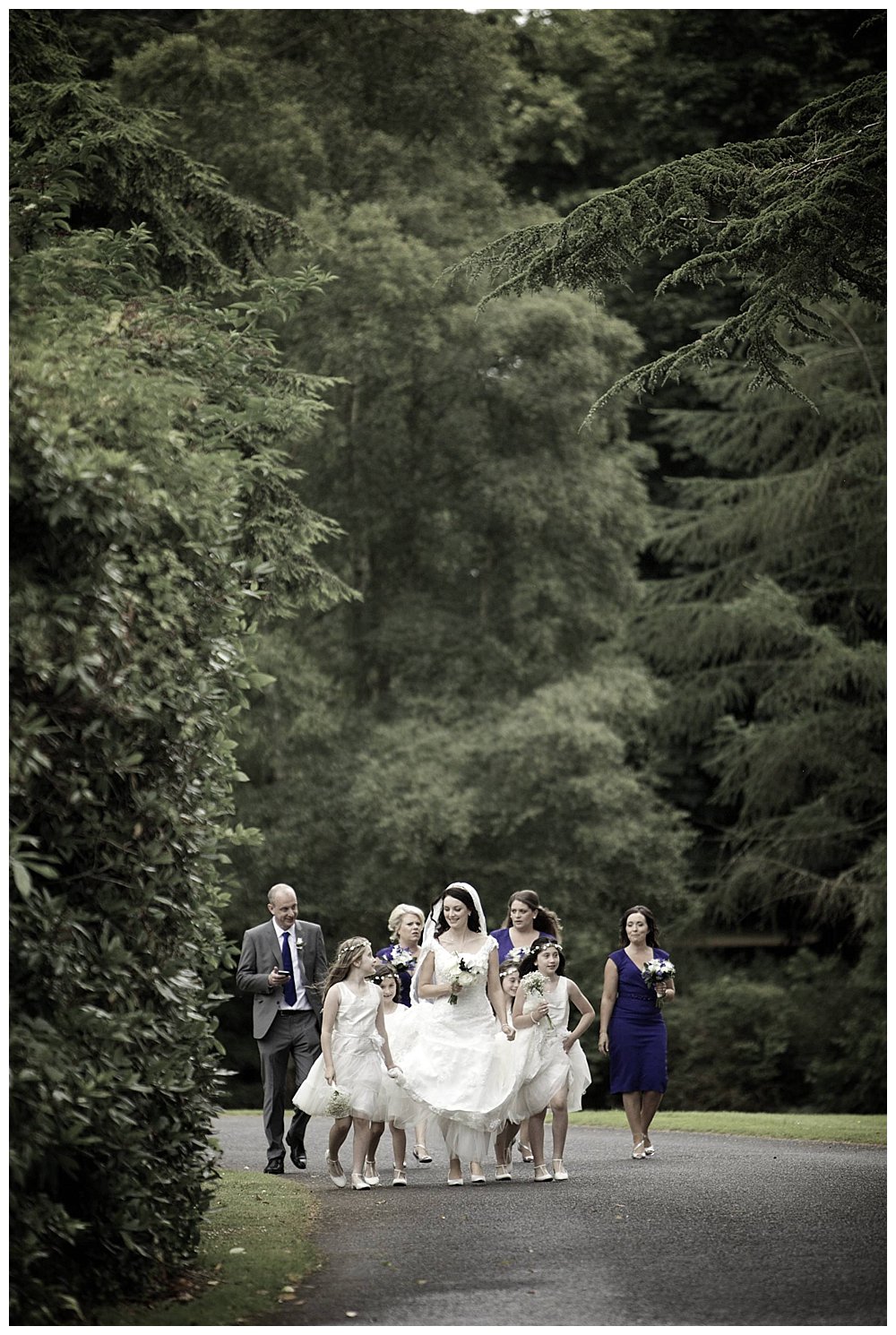 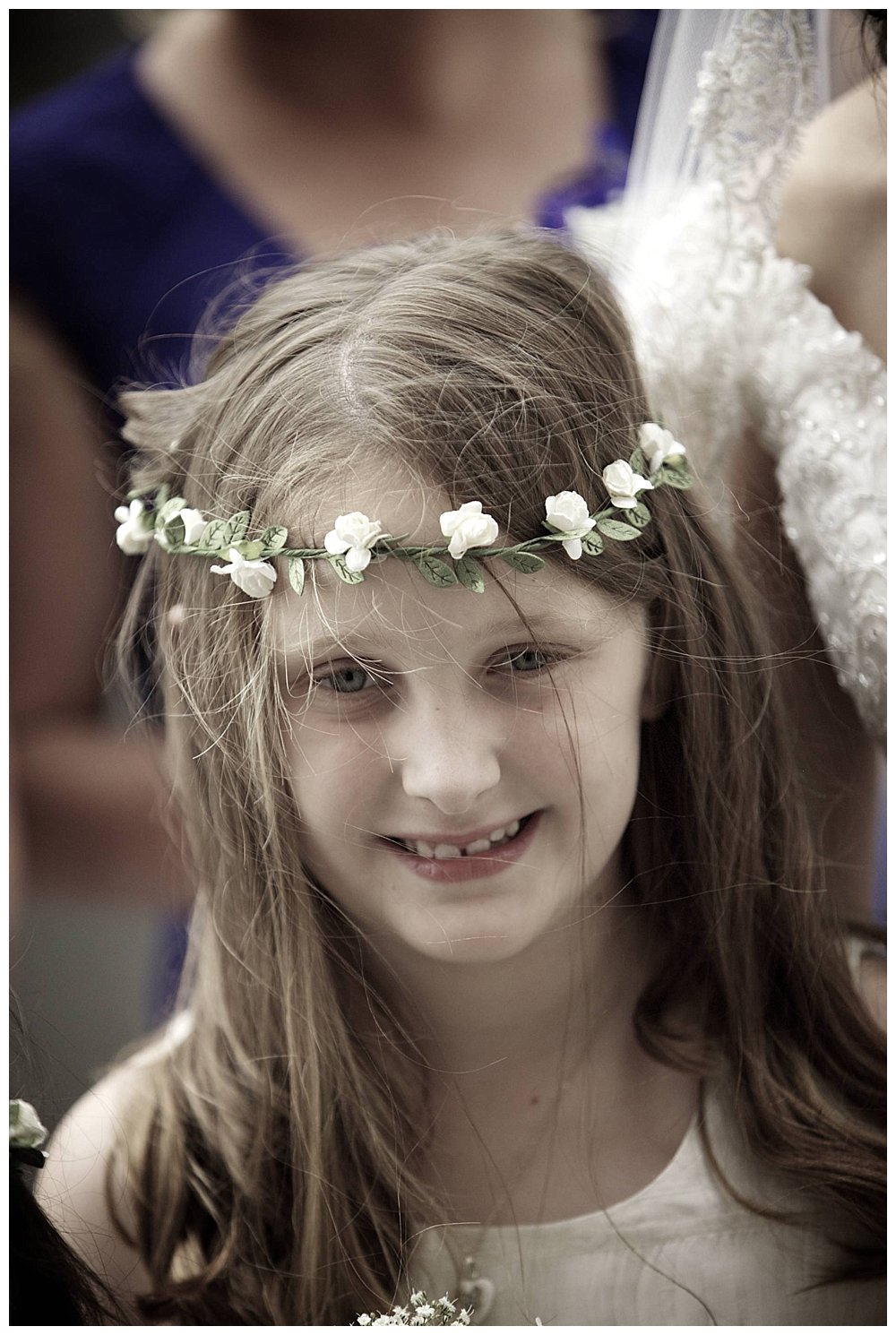 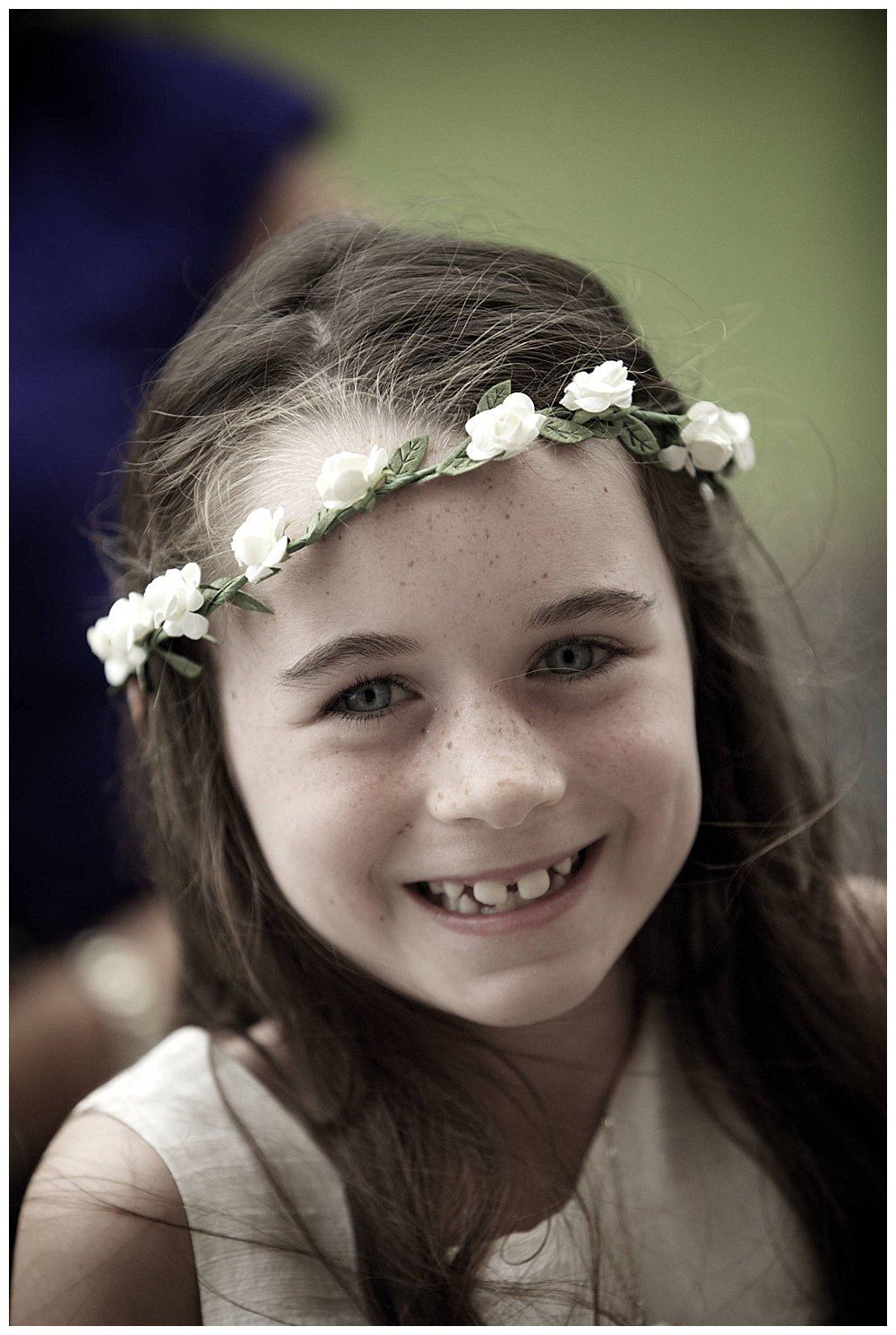 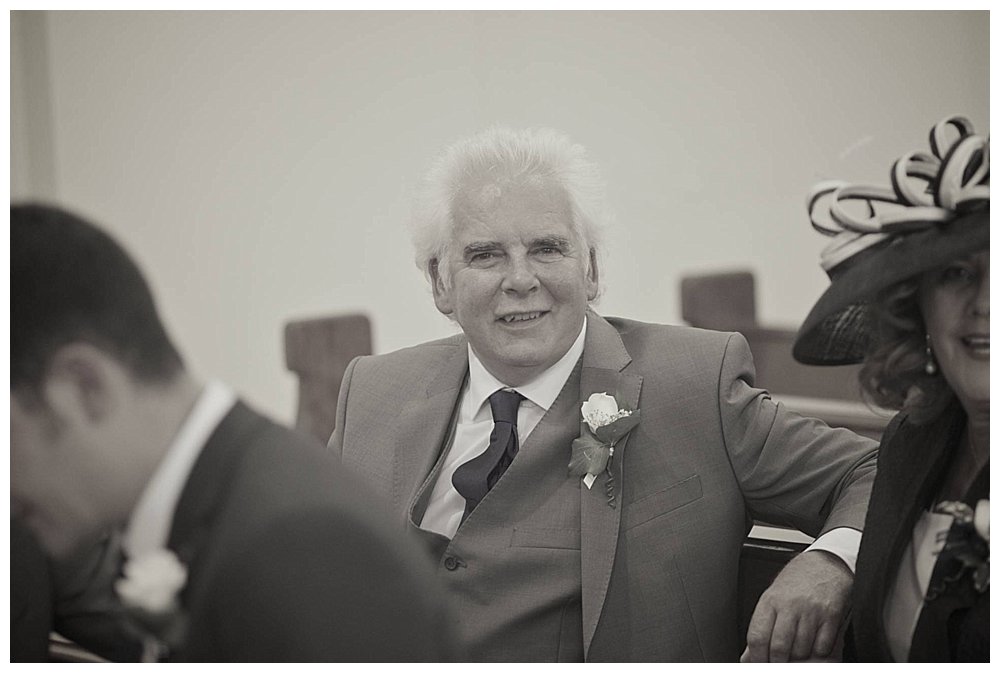 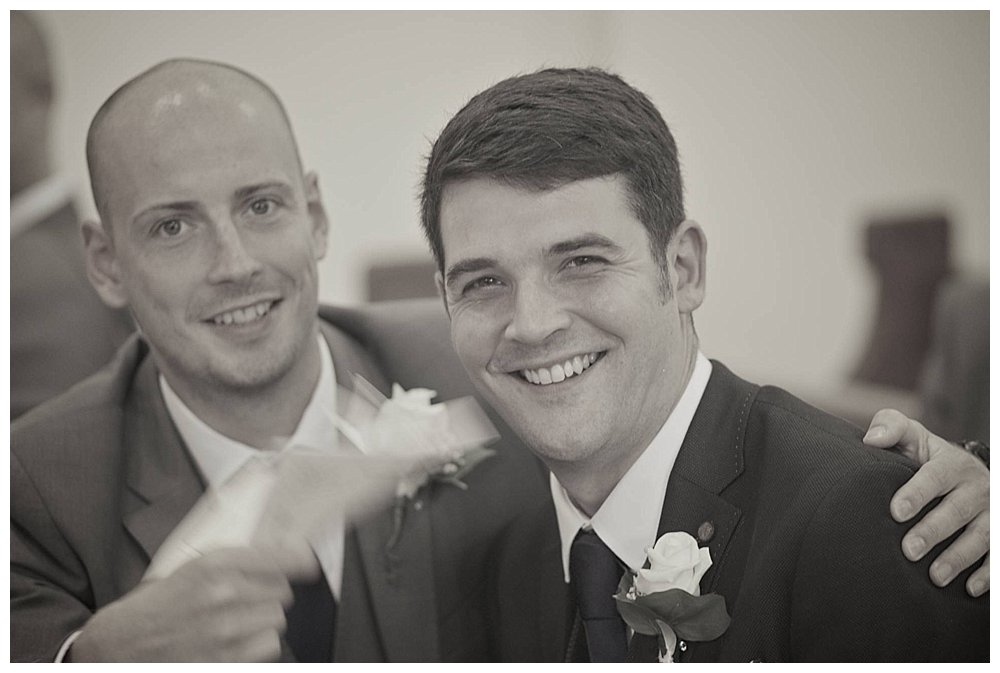 Daniel’s Uncle provided music during the service, while a couple of willing nephews captured video of the day courtesy of “Shoot it Yourself” who provided the video cameras and equipment. 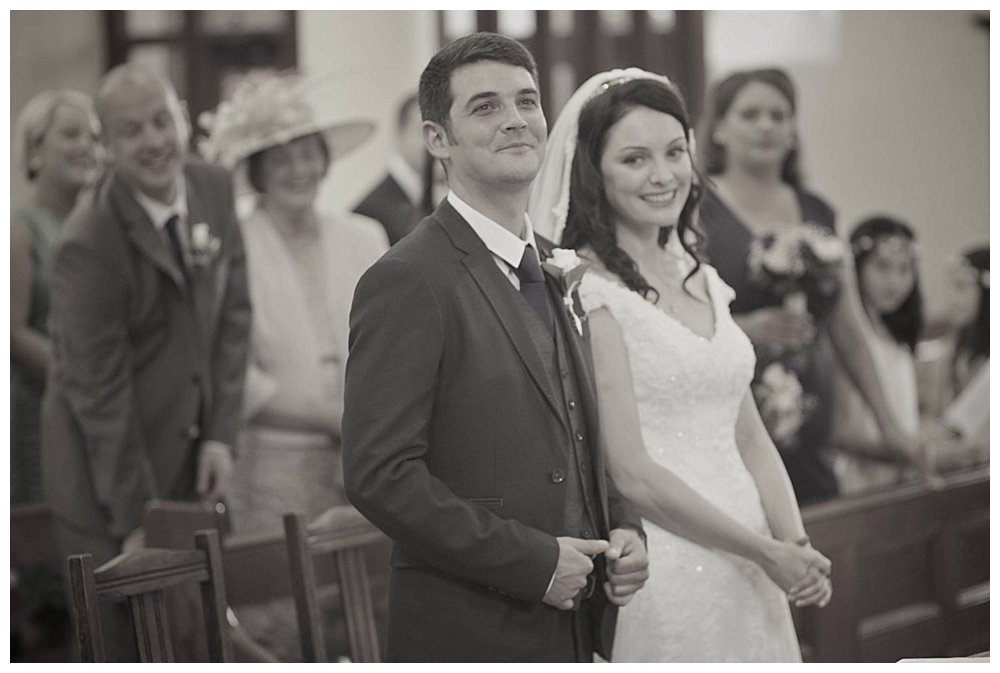 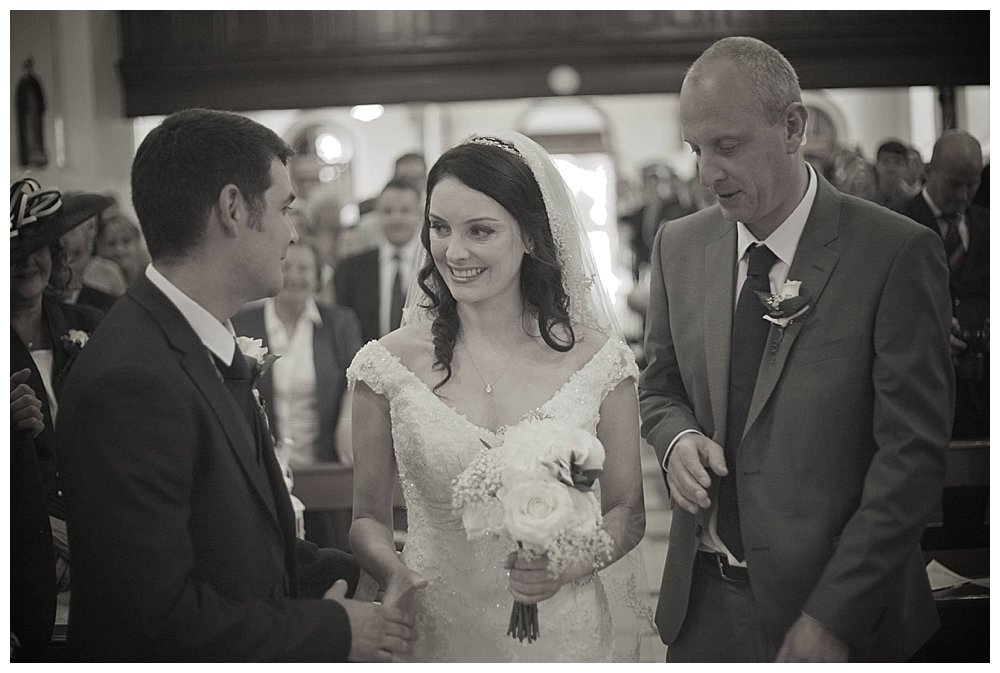 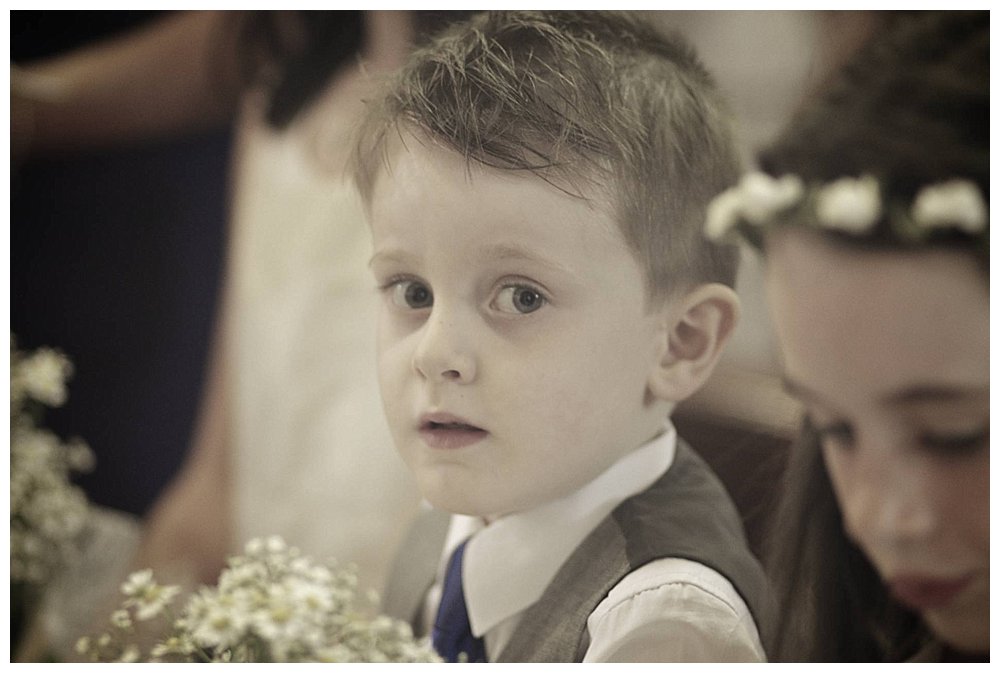 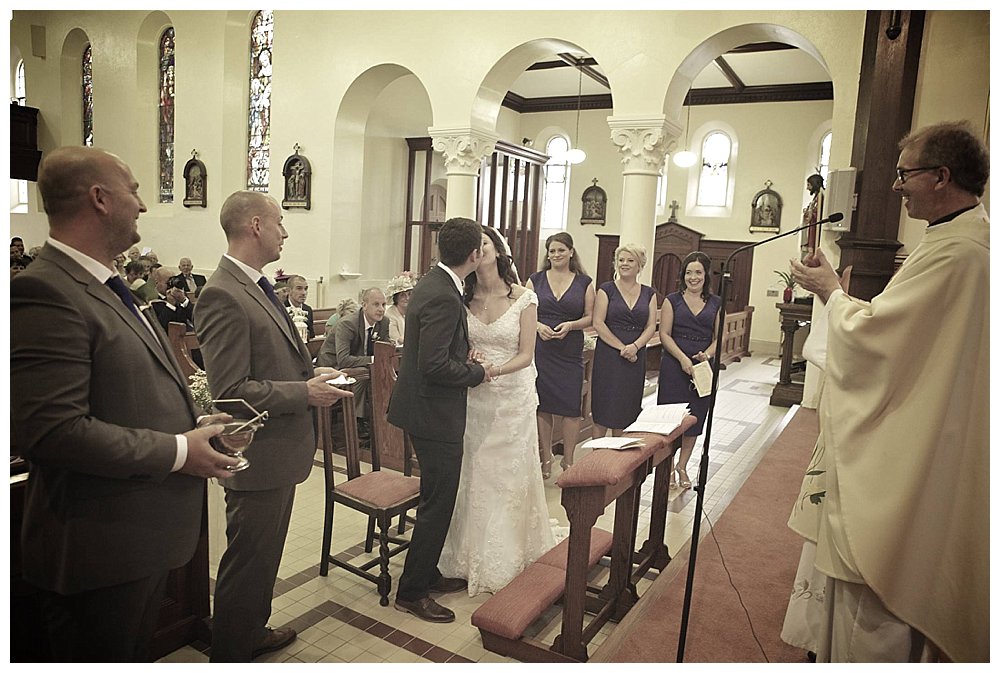 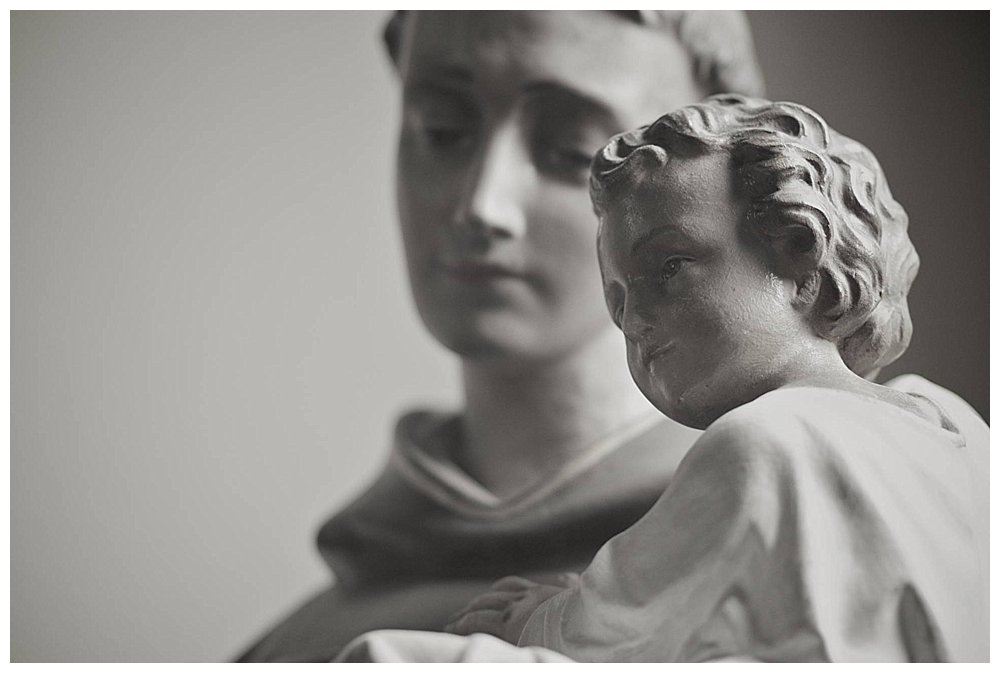 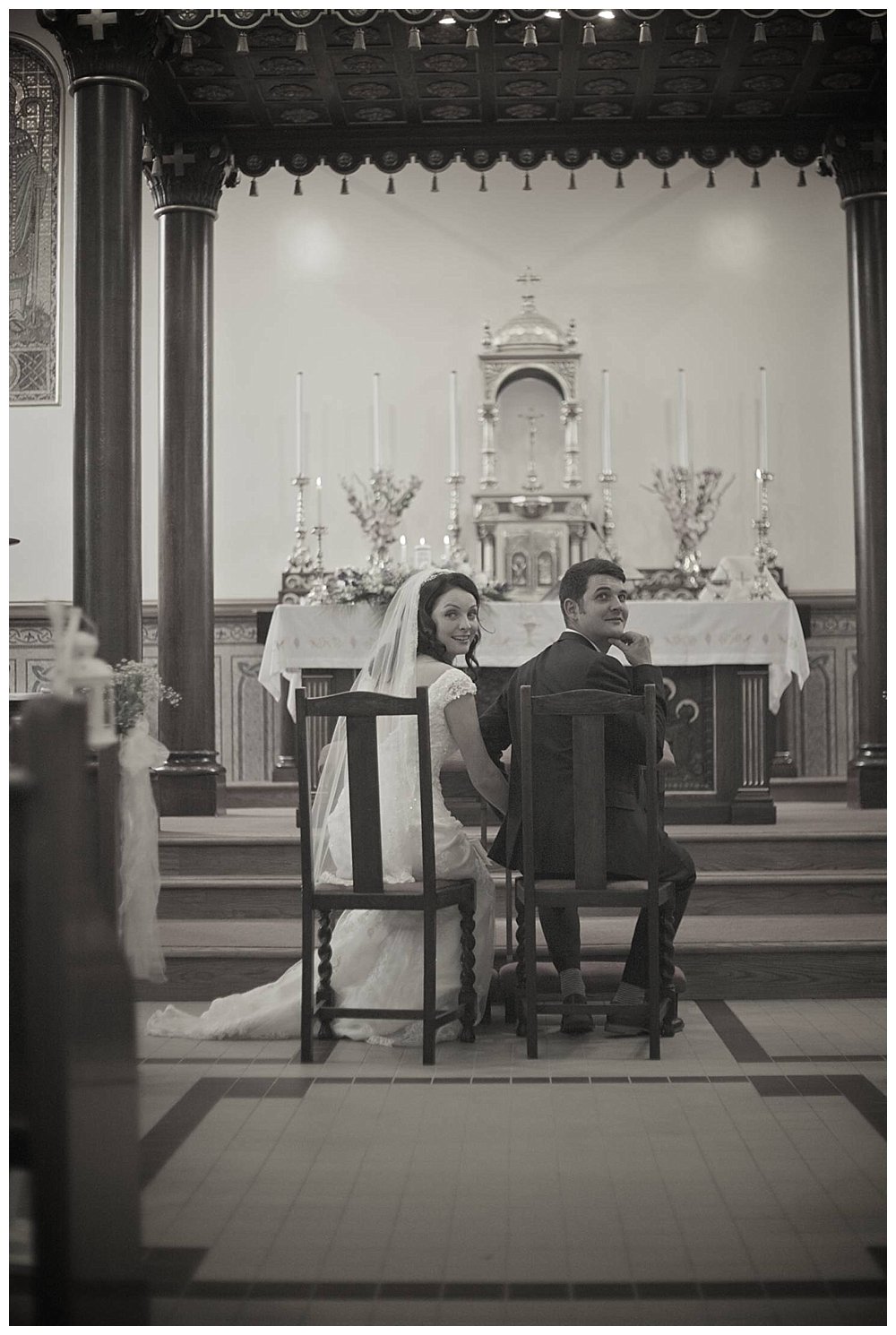 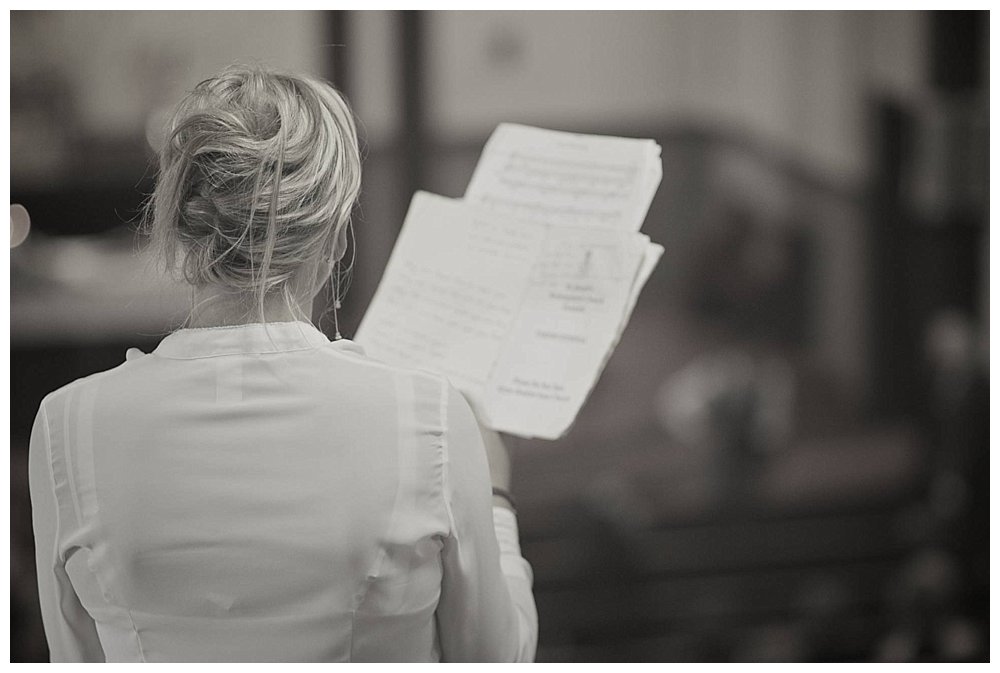 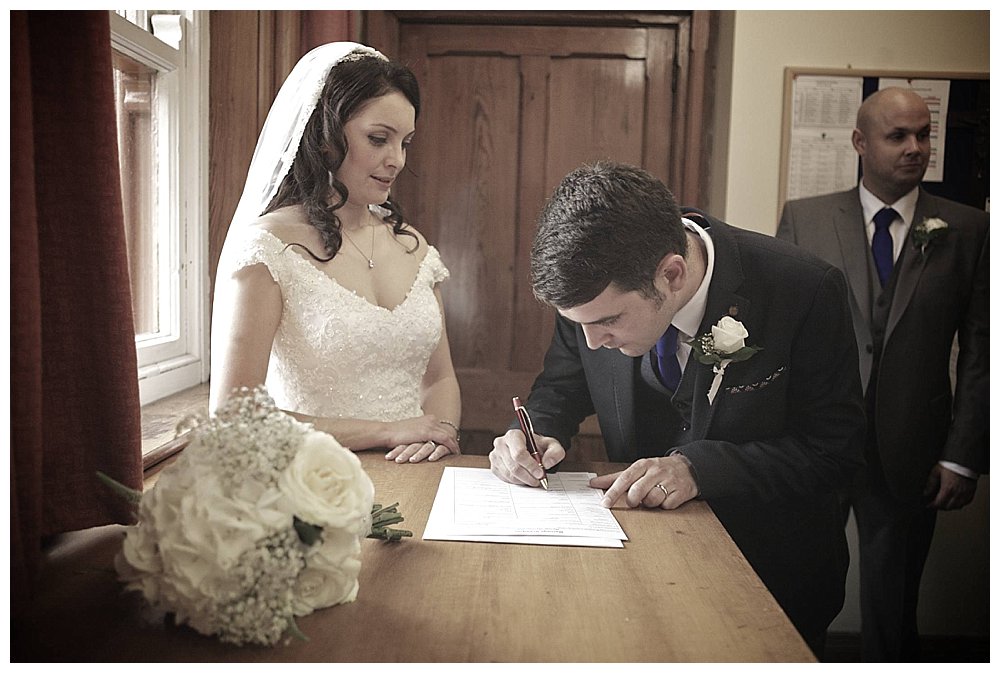 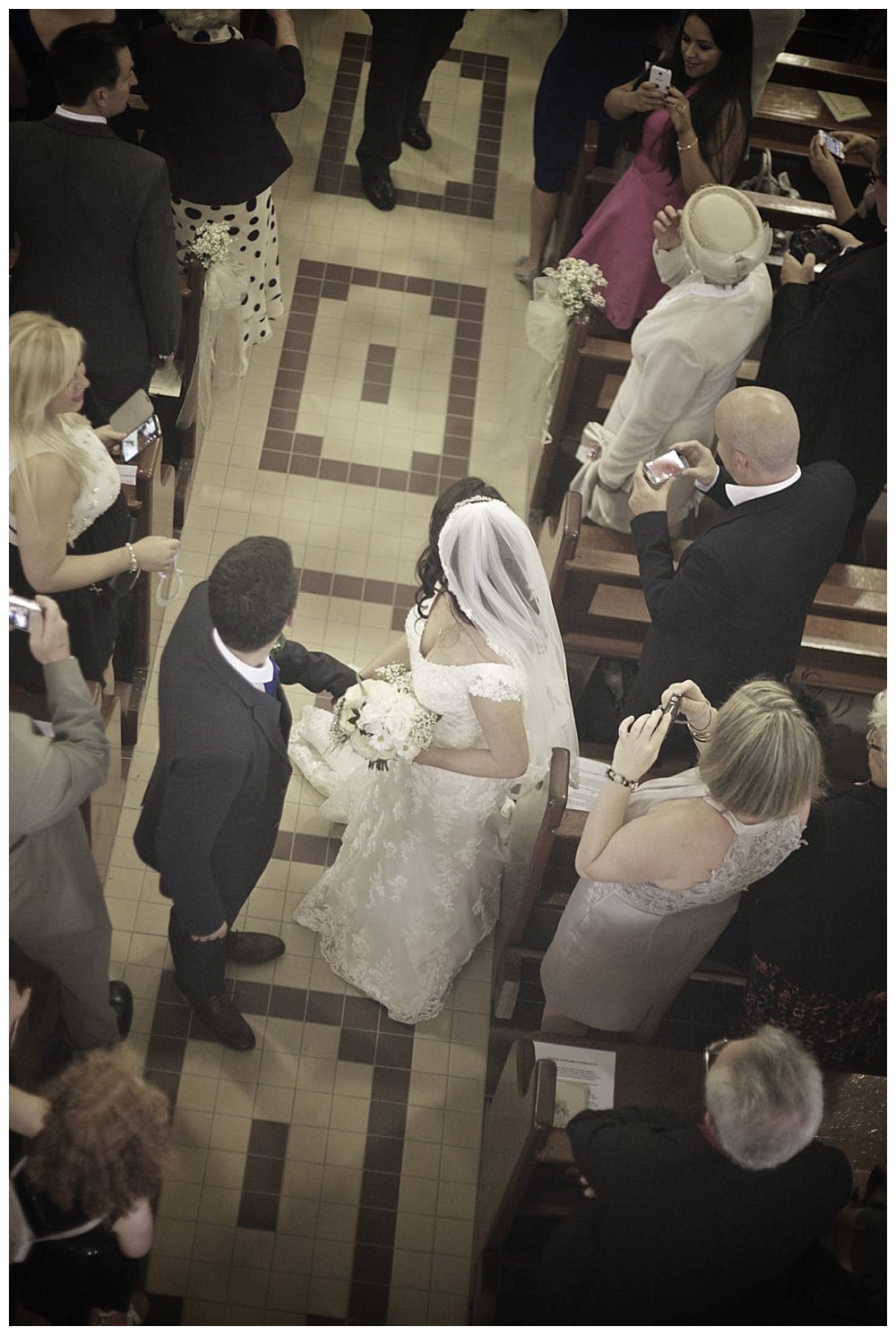 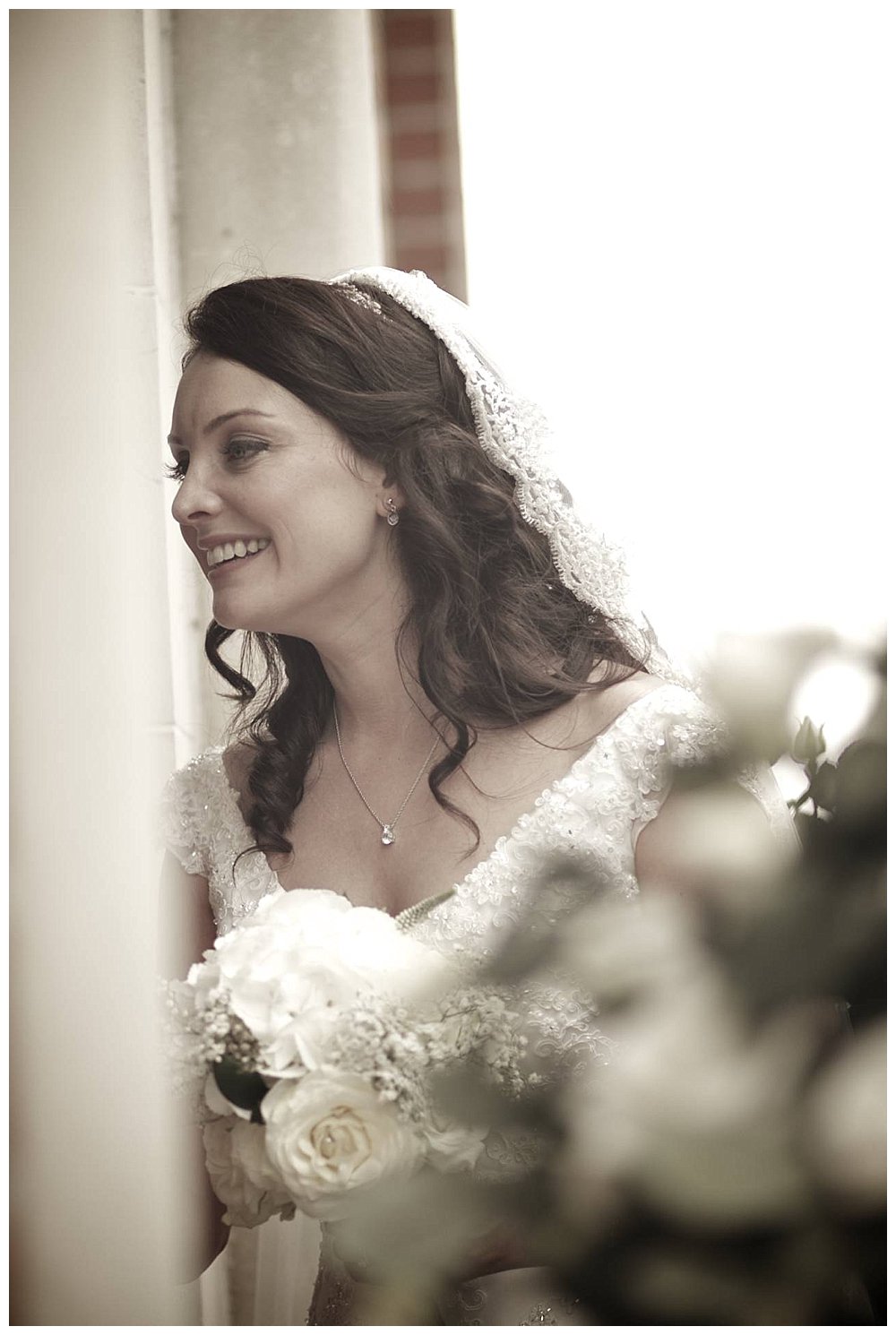 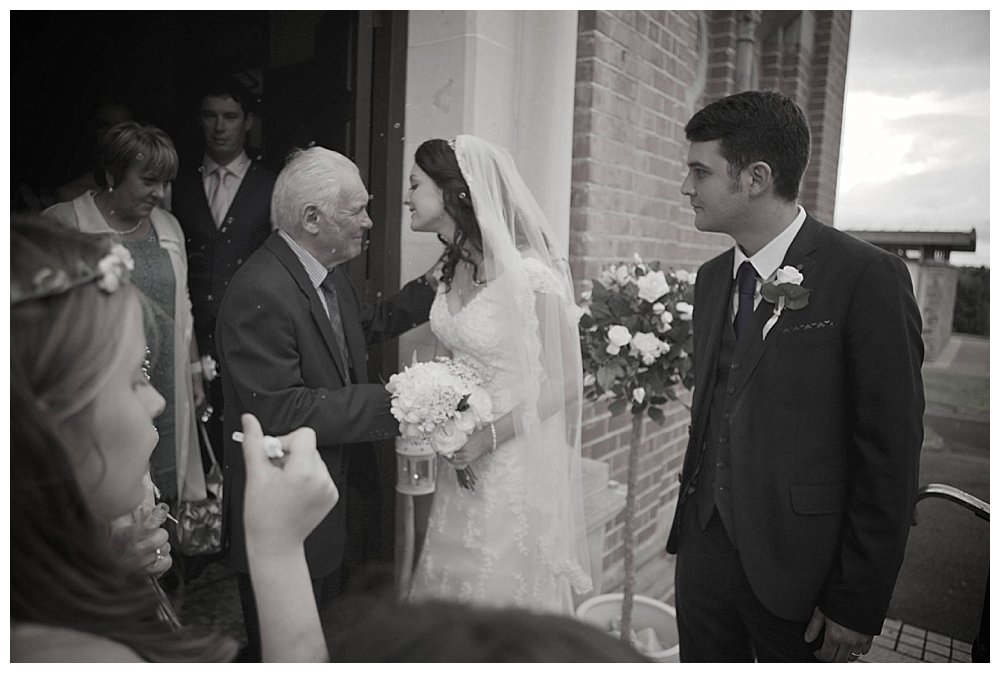 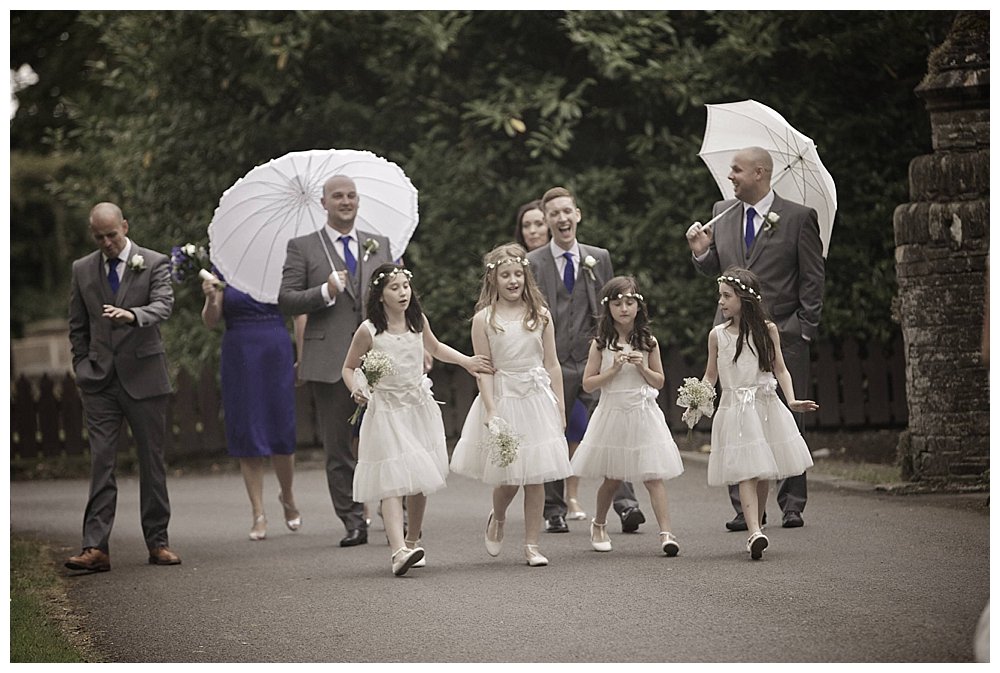 The staff at The Beech Hill, do almost literally, “Go the extra mile” for you. Well, several hundred yards anyway, to bring Claire and Daniel a quick bite and a little drink between shots!The Beech Hill really is a hidden gem. Little more than five minutes from the City, it seems like another world. 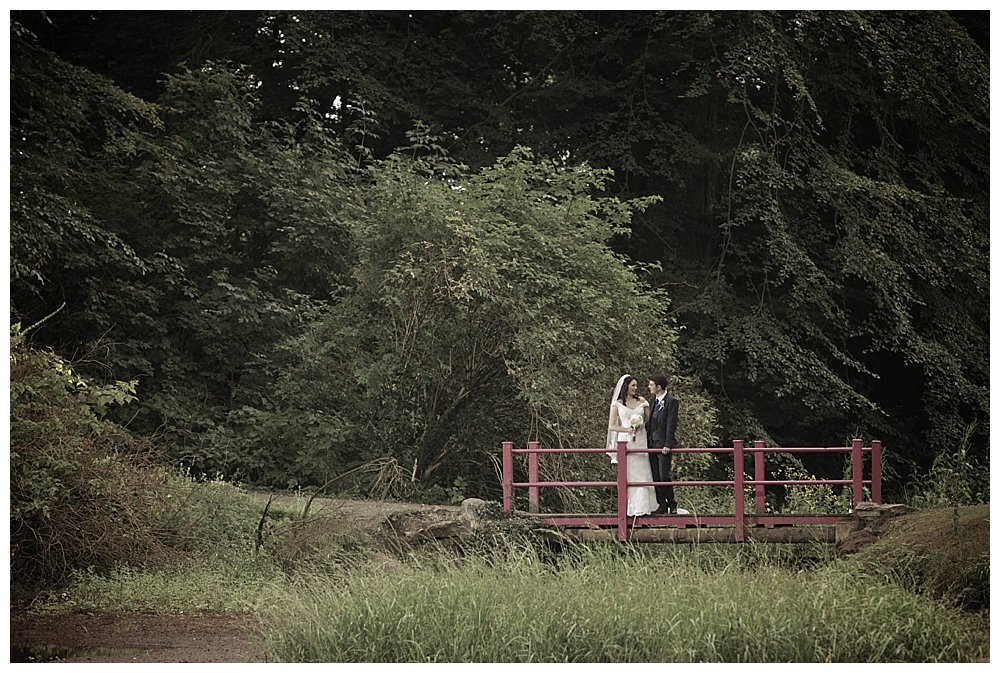 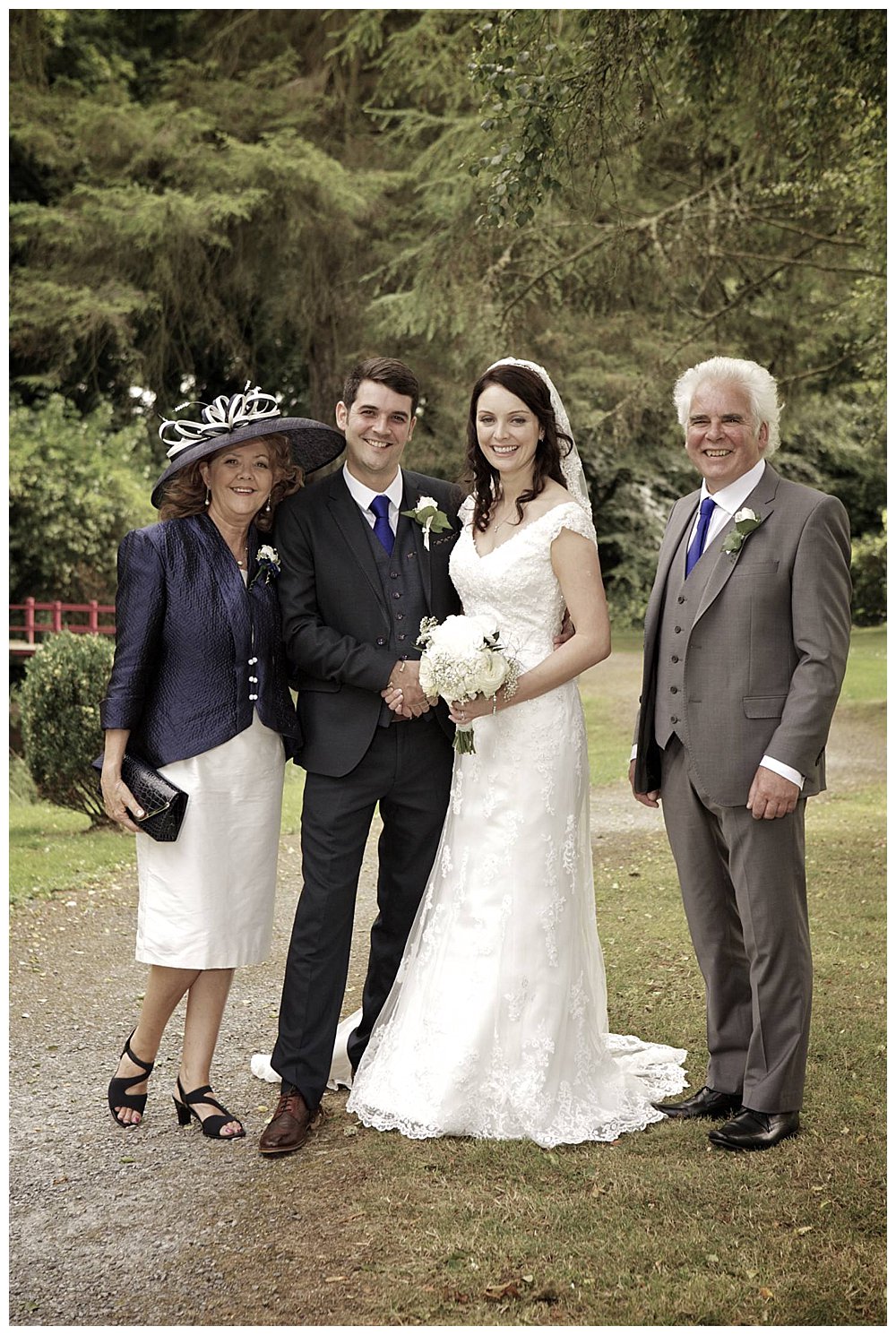 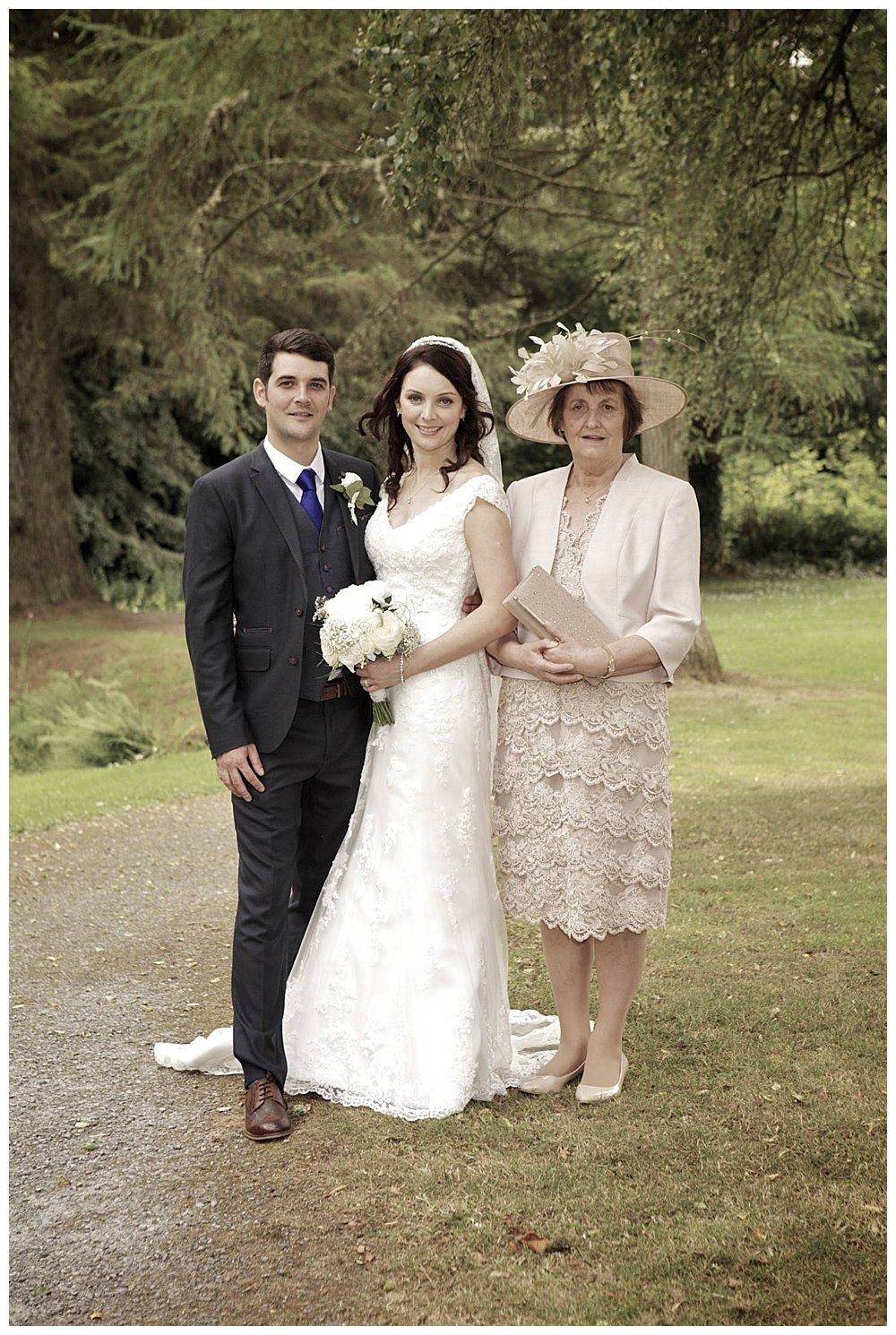 The Marquee and surroundings beautifully decorated by Starlight Weddings who also provided the Sweet Cart. 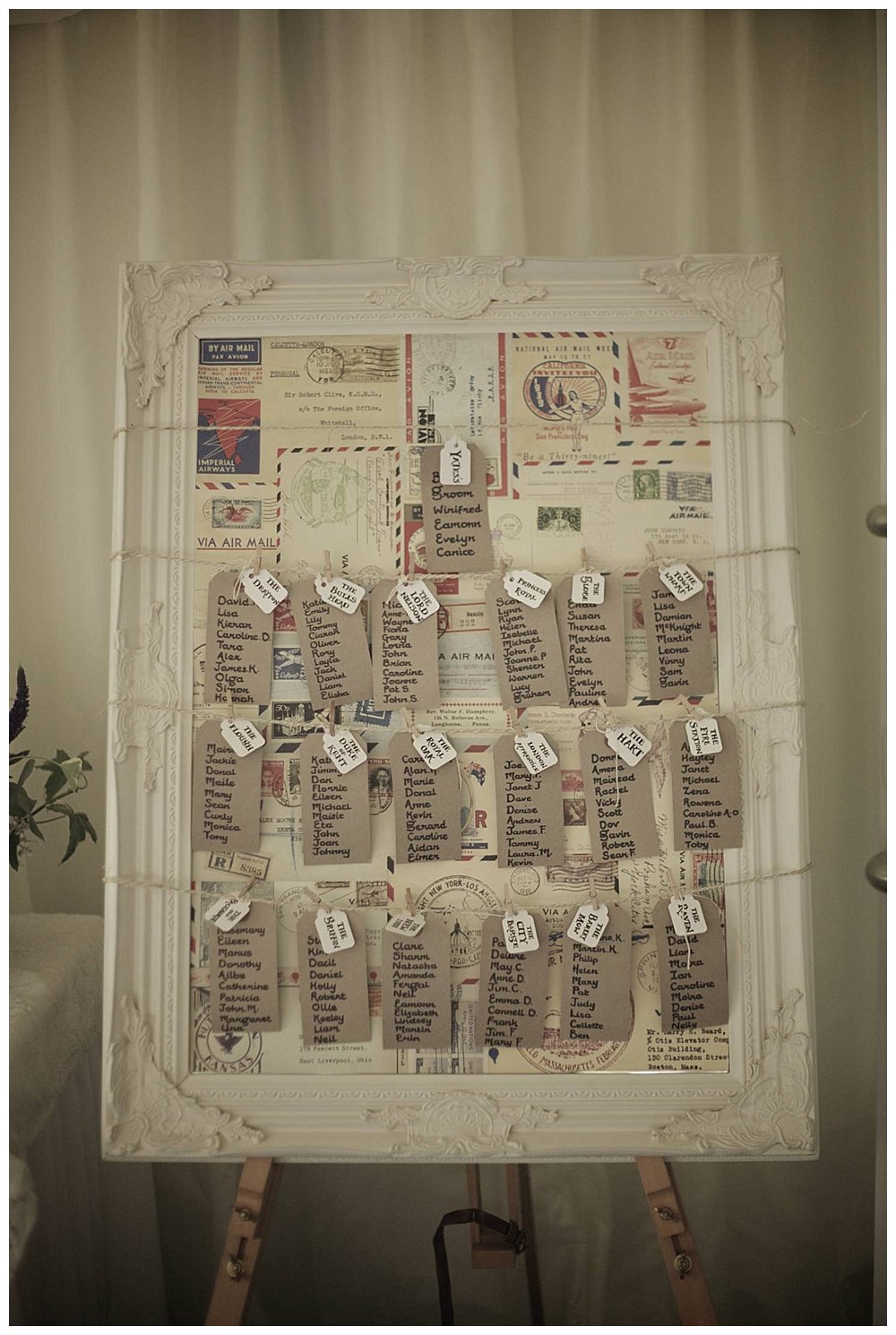 Formalities over, music for the evening was by The Great Escape. There’s an adage that goes “Fail to prepare, prepare to fail . . .” No such issues for Claire & Daniel whose attention to detail, coupled with the calm they both seemed able to maintain throughout the day made for a perfect end to the Summer. 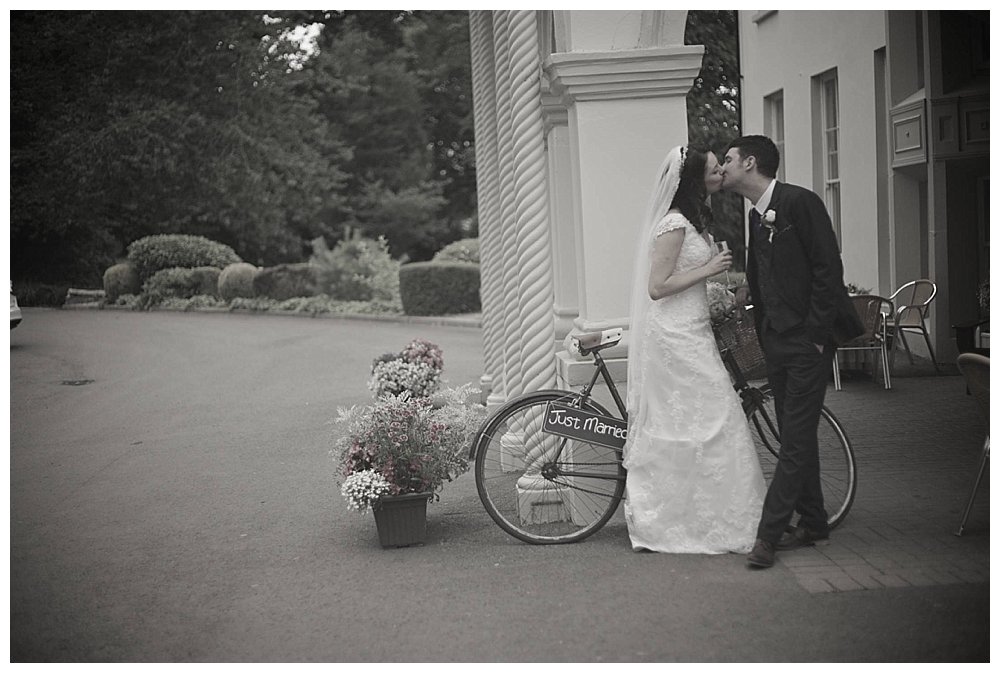